Why Tense Matters In Writing 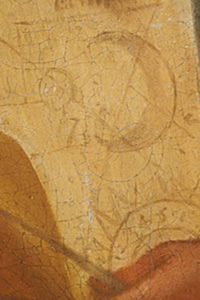 When deciding a narrative voice, a key element to consider is what tense you will write in. Has the story already happened? Is it happening now? Is it going to happen in the future? The choice of tense, and how it is used, can dramatically change the dynamic of what is being written, and so it must be suitable for the story.

There are three main tenses: past, present, and future. Each has advantages and disadvantages, and all are restricted by their own rules.

This is a story told as if it has already happened, where the events described are in the past.

Heads popped from windows, people occurred in doorways and from bars asking what happened and the cops yelled for everybody to shutup then asked what was going on. The guys shrugged and murmured. One of the cops started yelling the question again when an MP and the 2 doggies who had continued running, holding the third one suspended between them, head hanging limply, his toes dragging along the ground, came up to them.

Past tense gives the reader a sense of distance, as what is being written has taken place. In this extract, a street fight has just taken place involving a drunk couple and some sailors, which got very violent but was interrupted by the police. The entirety of the story is in the past, as is shown in the narration, yet there is a panicked haste to the writing as if the narrator is relaying it at pace.

This is a story told as if it is happening, where the events described are in the present.

1801—I have just returned from a visit to my landlord—the solitary neighbour that I shall be troubled with. This is certainly a beautiful country! In all England, I do not believe that I could have fixed on a situation so completely removed from the stir of society. A perfect misanthropist’s Heaven—and Mr. Heathcliff and I are such a suitable pair to divide the desolation between us.

Present tense gives the reader a sense of immediacy, as what is being written is taking place. Here, in the opening of the novel, the first narrator, Mr. Lockwood, describes his current situation. He then recalls previous events, and the narrative tumbles backwards in time, yet as the framing is told in present tense, the sense of discovery is palpable as each chapter is written afresh.

This is a story told as if it will happen, where the events described are in the future.

Gandalf laughed. ‘I hope he will. But nobody will read the book, however it ends.’

‘Oh, they may, in years to come. Frodo has read some already, as far as it has gone. You’ll keep an eye on Frodo, won’t you?’

‘He would come with me, of course, if I asked him. In fact he offered to once, just before the party. But he does not really want to, yet. I want to see the wild country again before I die, and the Mountains; but he is still in love with the Shire, with woods and fields and little rivers. He ought to be comfortable here. I am leaving everything to him, of course, except a few oddments. I hope he will be happy, when he gets used to being on his own. It’s time he was his own master now.’

Future tense gives the reader a sense of surrealism, as what is being written has yet to take place. In this conversation, Bilbo Baggins and Gandalf are discussing events which will take place following Bilbo leaving his home, which have yet to happen. The conversation shows intention to act through the use of future tense in their dialogue.

The Importance of Tense

The choice of tense will dramatically influence the way a story is told, as each tense says something about the narrative and the narrator. In that sense, it is essential to understand who your narrator is.

The narrator is more than words on a page, and should be treated as a separate character. This should be the case whether they are narrating from a first, second, or third-person perspective, as each will be a character telling a story, whether they feature in it or not. Instead of simply writing the prose, approach the narrative voice as character discovery to best determine how that character wants to tell the story they are telling. You will then be able to understand which tense they would prefer, and why.

Tense is an integral part of the story being told, and how it is used can alter the very fabric of what is being written. By choosing a different tense, a narrator’s voice can take on a whole different feel, and so the right tense must be adopted from the outset. Past tense tells the reader the events in the story have already happened, whilst present tense infers they are taking place as the reader is reading them. Future tense means events are yet to happen. To decide amongst these three—record, commentary, prediction—means to define how the narrative will unfold in of itself.

A sensible and useful technique to determine which tense will work is to write out a paragraph in the narrator’s voice using each tense. It is then relatively simple to decide which fits best, and becomes a question of instinct instead of analysis. Trust your gut.